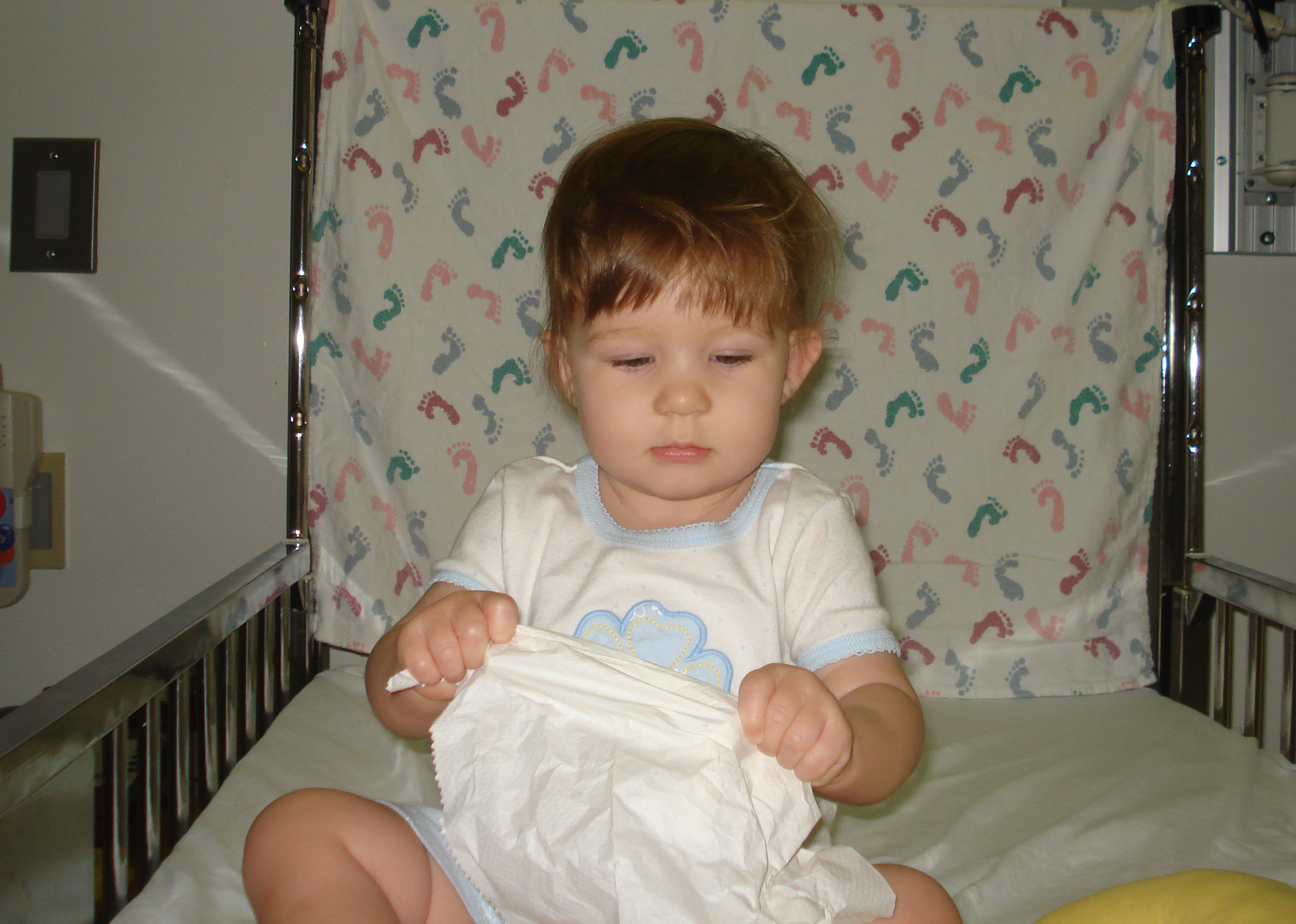 A fluke. That is how we found out that Elise had T1D. She had no symptoms, and we had no reason to suspect anything was wrong with her. Because she had been diagnosed with UTIs a few months ago, the doctor decided to do a urine test at Elise's 12-month appointment just to make sure it was clean. We think they were as surprised as we were when they found sugar in her urine.

When we got the call on Friday afternoon, we couldn't believe it. The nurse said it could just be a mistake, and we should bring her in for a retest the next morning. We hoped that it was just a mistake.

Saturday we were busy getting ready for Elise's first birthday party, there was a ton of things to do, but first we had to go to the doctor's for the repeat urine test. We went home and waited for the news. When the doctor called, she said it was still positive for sugar, so she was waiting to see some results from the blood they had taken the day before. The doctor called back and told us we needed to take her for another blood test called a hemoglobin A1c. It would show us her blood sugar levels from the past three months.

So off we went to Children's Hospital ER in Plano. It wasn't really an emergency and they weren't set up to help us so after a few hours of tests and waiting, we were told to go home and that they would call us (since we had her birthday party).

We were about an hour into the party when we got the call. We started to cry and could barely think straight. Our doctor told us we needed to check into Children's Hospital in Dallas so they could monitor Elise. Stunned doesn't even begin to describe how we were feeling.

We checked into the hospital Saturday night and didn't leave until Tuesday afternoon. Those days were a whirlwind of doctors, nurses, information, education and lots and lots of tears. We learned what diabetes is and isn't, how to test blood sugar, how to give insulin shots, how to count carbs and monitor Elise's diet so her blood sugar wouldn't get too high or too low, and what to do if it did.

Team Elise started three weeks later when we participated in the JDRF Walk in Dallas. 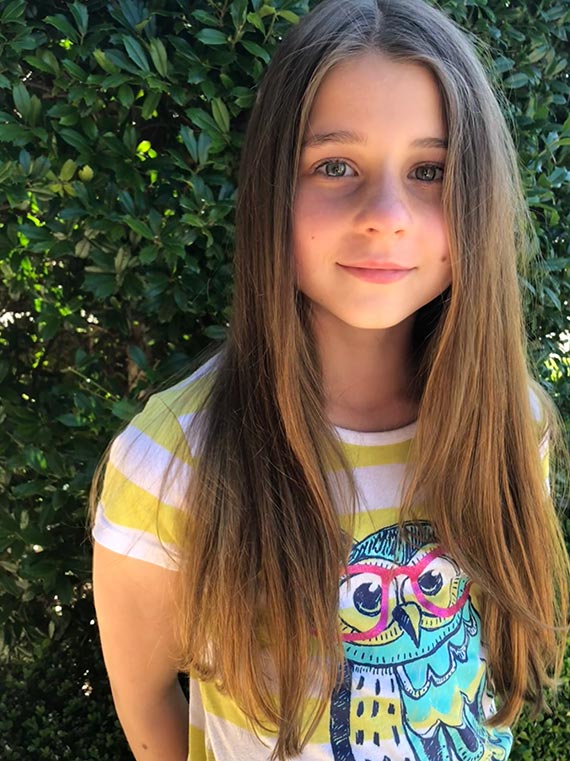 Elise is now 13 years old. She loves to play hockey, read, jump on the trampoline, play outside with friends and family, write stories and play the cello. Elise has published two books. You can get "A Gingerbread Wonderland" at agingerbreadwonderland.com and "The Mouse Who Ate The Moon" at themousewhoatethemoon.com (the Portuguese version is available at oratoquecomeualua.com).

T1D is tough, especially when you're a kid. She had at least three shots a day for over three years. In November of 2011, she started using an insulin pump (Omnipod) which means that she only gets shots if we run into an issue with the pump, which now delivers her insulin. The pump has to be changed every three days. She had to have her fingers pricked several times a day for many years. With the latest version of the continuos glocose monitor (CGM) she uses (Dexcom), she only needs to check her blood sugar by pricking her finger once in a while. The CGM tells us what her blood sugar is at all times and if it's stable, going up or down and how fast it's rising or dropping. We have to figure out the amount of carbs so that we can give her the right amount of insulin to cover the carbs that she eats. T1D is a 24/7/365 disease. Elise is now using Loop, a closed loop automated delivery system.

In 2014, Elise was the youngest kid, at age 6, to enroll in a clinical trial for the bionic pancreas, a system that uses a continuous glucose monitor and an insulin pump to deliver both rapid-acting insulin and glucagon as directed by a computer algorithm.

Team Elise had 15 people walking virtually to raise awareness about T1D and also raised over $4,500 for JDRF.

Team Elise had 149 people walking to raise awareness about T1D and also raised over $19,000 for JDRF.

Team Elise Portugal had 107 people walking (including Elise) to raise awareness about T1D.

KRLD AM 1080 airs a story about Team Elise 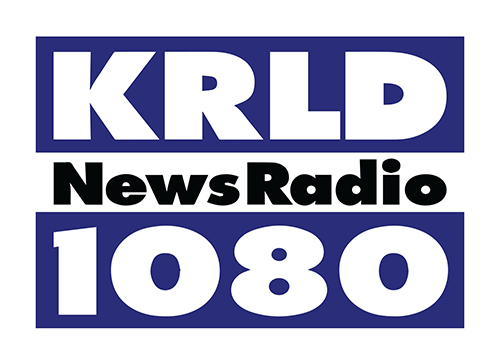 We set up Loop (a closed loop automated delivery system) 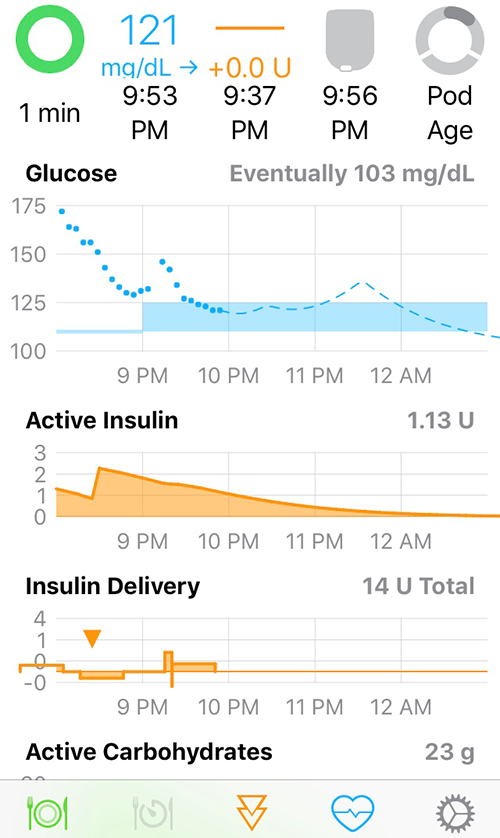 Our sponsors are a big reason behind our fundraising success. If you would like to become a Team Elise sponsor, email info@teamelise.com for more information.